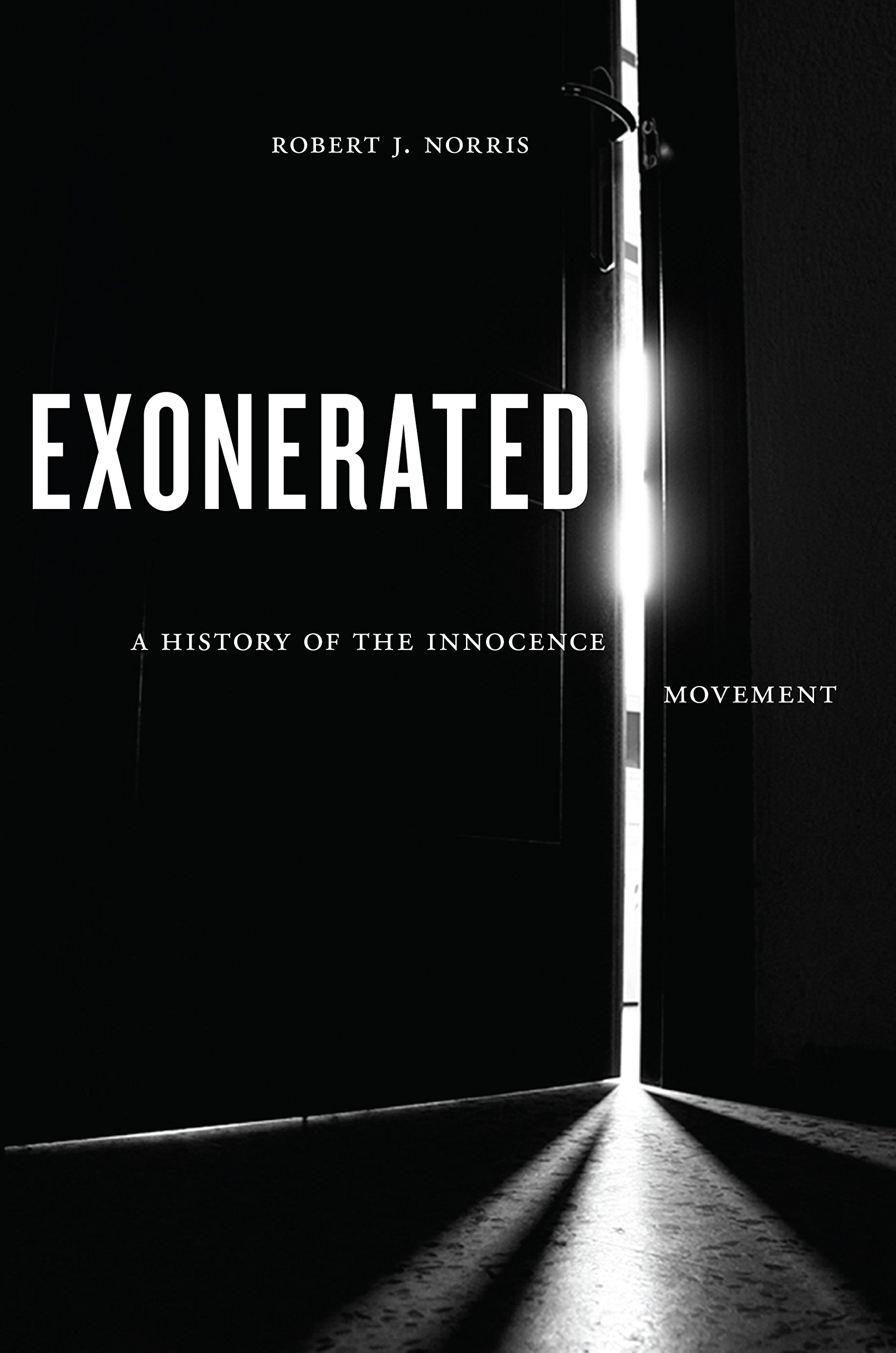 Exonerated: A History of the Innocence Movement

(Now available in paperback! Also available as an e-book!)

The fascinating story behind the innocence movement’s quest for justice.

Documentaries like Making a Murderer, the first season of Serial, and the cause c l bre that was the West Memphis Three captured the attention of millions and focused the national discussion on wrongful convictions. This interest is warranted: more than 1,800 people have been set free in recent decades after being convicted of crimes they did not commit.

In response to these exonerations, federal and state governments have passed laws to prevent such injustices; lawyers and police have changed their practices; and advocacy organizations have multiplied across the country. Together, these activities are often referred to as the “innocence movement.” Exonerated provides the first in-depth look at the history of this movement through interviews with key leaders such as Barry Scheck and Rob Warden as well as archival and field research into the major cases that brought awareness to wrongful convictions in the United States.

Exonerated reveals the rich background story to this complex movement.

“The American justice system is in deep need of reform. Exonerated tells the story of how miscarriages of justice have captivated lawmakers and the public, breaking through political barriers and becoming a force for change. Carefully researched and elegantly written, this book calls attention to the importance of wrongful convictions for the death penalty and beyond. It shows how the criminal justice system is at the heart of efforts to achieve social justice. This is an important book.” -Sister Helen Prejean, author of Dead Man Walking and The Death of Innocents

“[An] informative overview of the development of the innocence movement…A useful contribution to an important national conversation about crime and punishment.” -Kirkus Reviews

“The story told by Robert Norris about the current history of the innocence movement is authentic and important for people to know. I recommend Exonerated and hope it has a wide audience and will continue to foster a call to action.” -Robert M. Sanger, The Champion

“Exonerated is the first serious, thorough history of the modern innocence movement. A major, innovative contribution to the scholarship on wrongful convictions and a true delight to read.” -Daniel S. Medwed, author of Prosecution Complex: America’s Race to Convict and Its Impact on the Innocent

“A timely and important new contribution to the literature, Exonerated is both an accessible history of the recent history of wrongful convictions, and a much needed analysis of the innocence movement as a social movement.” -Simon A. Cole, author of Suspect Identities: A History of Fingerprinting and Criminal Identification

“Exonerated is the definitive account of how the innocence movement transformed public views about the everyday fallibility of the American criminal justice system in the late 20th century, and why preventing the wrongful convictions of the factually innocent remains more important than ever in the 21st century.” -Richard A. Leo, author of The Wrong Guys: Murder, False Confessions and the Norfolk Four

“Exonerated is the first complete and authentic history of the innocence movement. Robert J. Norris shows us how it came into being and how it evolved over the decades. He also shines light on the issues involved and the challenges the movement faces. With his unmatched academic credential, Norris has written a book that will benefit both students and experts of innocence movement.” –The Washington Book Review